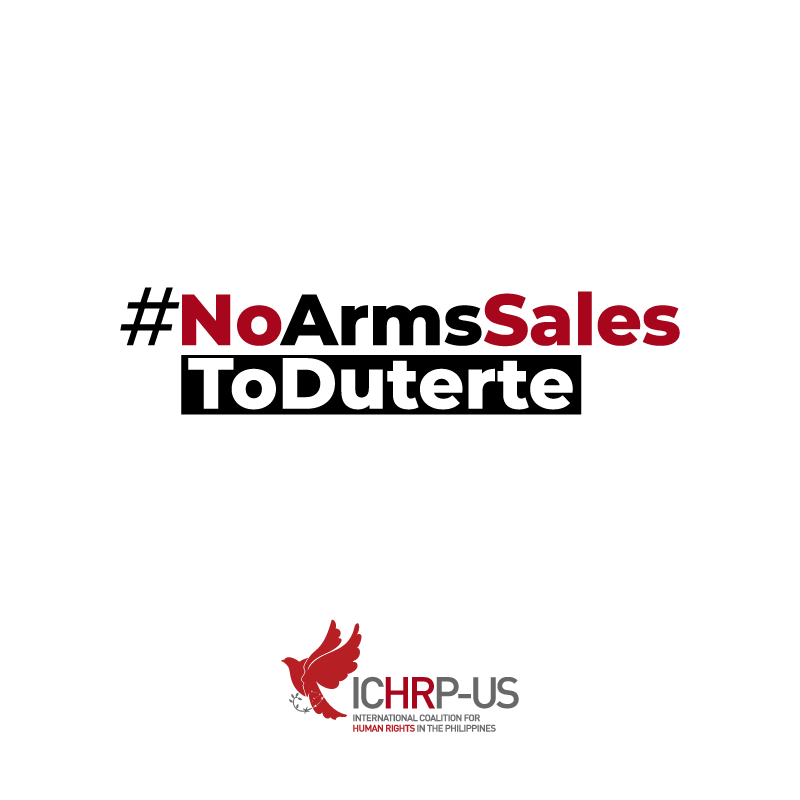 The arms sales would be headed to Duterte’s state forces who are becoming only more ruthless under Covid-19.

Since Duterte declared an “enhanced community quarantine,” 38,000 have been arrested for “violation of quarantine.” Luzon has seen a drastic increase in military troops deployed to the region mimicking Dutere’s previous counter-insurgecny programs in Negros and Visayas that resulted in numerous killings of activists.

A farmer Junie Dungog Piñar from Southern Philippines was shot by military men for violating the COVID19 lockdown three days after Duterte’s shoot-them-dead order. Another farmer, Noel Galvez from West Samar was tied like an animal and tortured before he was killed last April 18. Six volunteers with Tulong Anakpawis providing relief efforts were arrested and illegally detained in Norzagaray, Bulucan.

Just this week, Philippine police shot former army veteran Winston Ragos was shot dead in while suffering from PTSD. Jory Porquia was shot dead in front of his home after facing harassment from the Philippine National Police while working on relief project in Ilo Ilo.

Meanwhile, Duterte has further scuttled peace talks with the National Democratic Front of the Philippines, failing to free political prisoners and failing to adhere to genuine ceasefire whilst pushing for heightening military operations against the New People’s Army.

Duterte’s Covid response is de facto martial law — and the new U.S. arm deals will only fortify the Presidents arsenal.

ICHRP-US condemns the new arms deal in the strongest terms and demands accountability from the United States government in its foreign arm sales to the Philippines and. We call for widespread education to mobilize people against the deal. The United States Congress has 30 days to veto the deal before it passes.

View all posts by ichrpus